Saturday we couldn't use the pcyc for training and the weather was "great" as you can see on the photo, so we (Minol, Phil, Edwin, Shaw, Trotsky, Kirri and Broc) decided to go to the beach and do some beach wrestling. We'll be doing this more often in "summer" time. 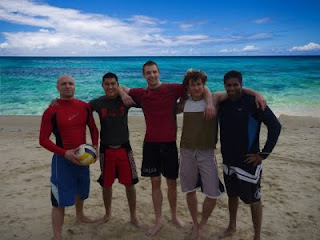 We did some stuff there and it was a pretty good day.
Phil if you're reading this next time bring the rule book! 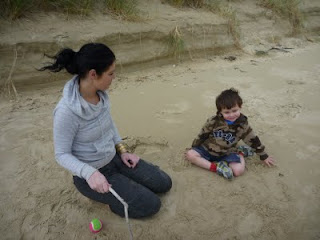 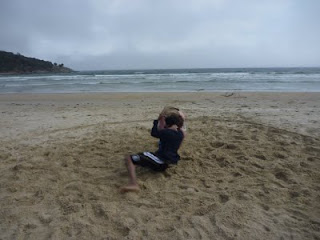 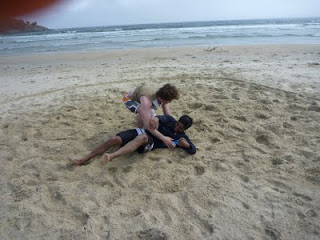 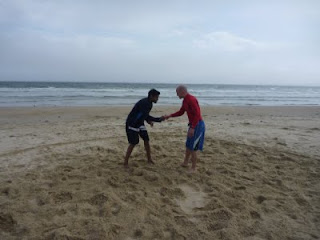 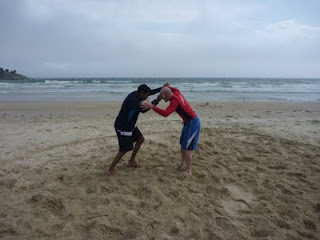 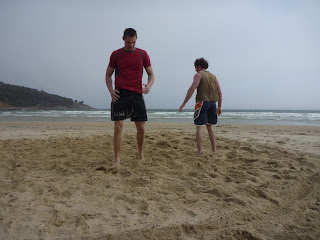 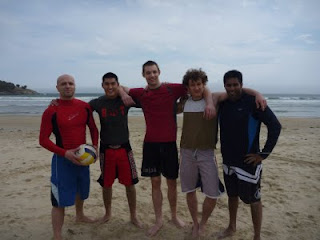 This is how the real weather was in the photo above. It was looking good in the morning
but by the time we got to the beach it was cloudy and windy, like it was just about to rain.
Typical Tasmania weather...

Apparently in a bid to give wrestling greater appeal to television audiences, FILA adopted beach wrestling as an official discipline during 2004–2005. Beach wrestling is standing wrestling done by wrestlers, male or female, inside a sand-filled circle measuring 6 meters (20 ft) in diameter with only two weight categories, heavy and light. The objective is to throw an opponent or take the opponent to their back. The wrestlers wear swimsuits rather than special wrestling uniforms. Wrestlers may also wear spandex or athletic shorts.

The rules for Beach Wrestling are simple: men wear athletic swimming trunks and women wear one or two piece bathing suits. Wrestling is on a sand surface, with a 20' diameter circle marked in the sand. Matches start in the standing position and last 3 minutes. Athletes may not kick, punch, or attack the face or hair.

To win a Beach Wrestling match, an athlete must do one of the following: 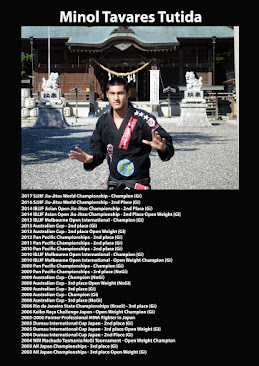 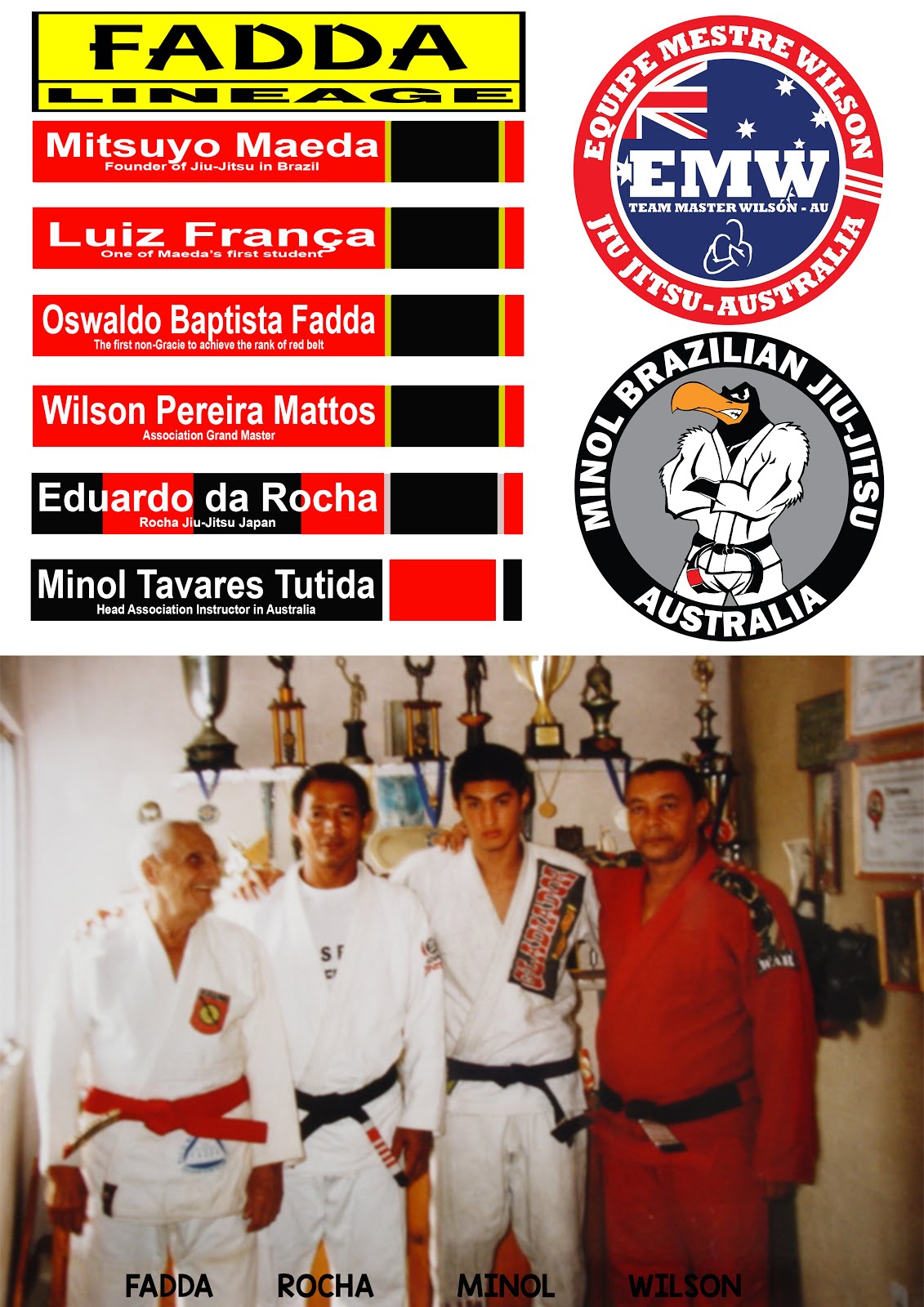 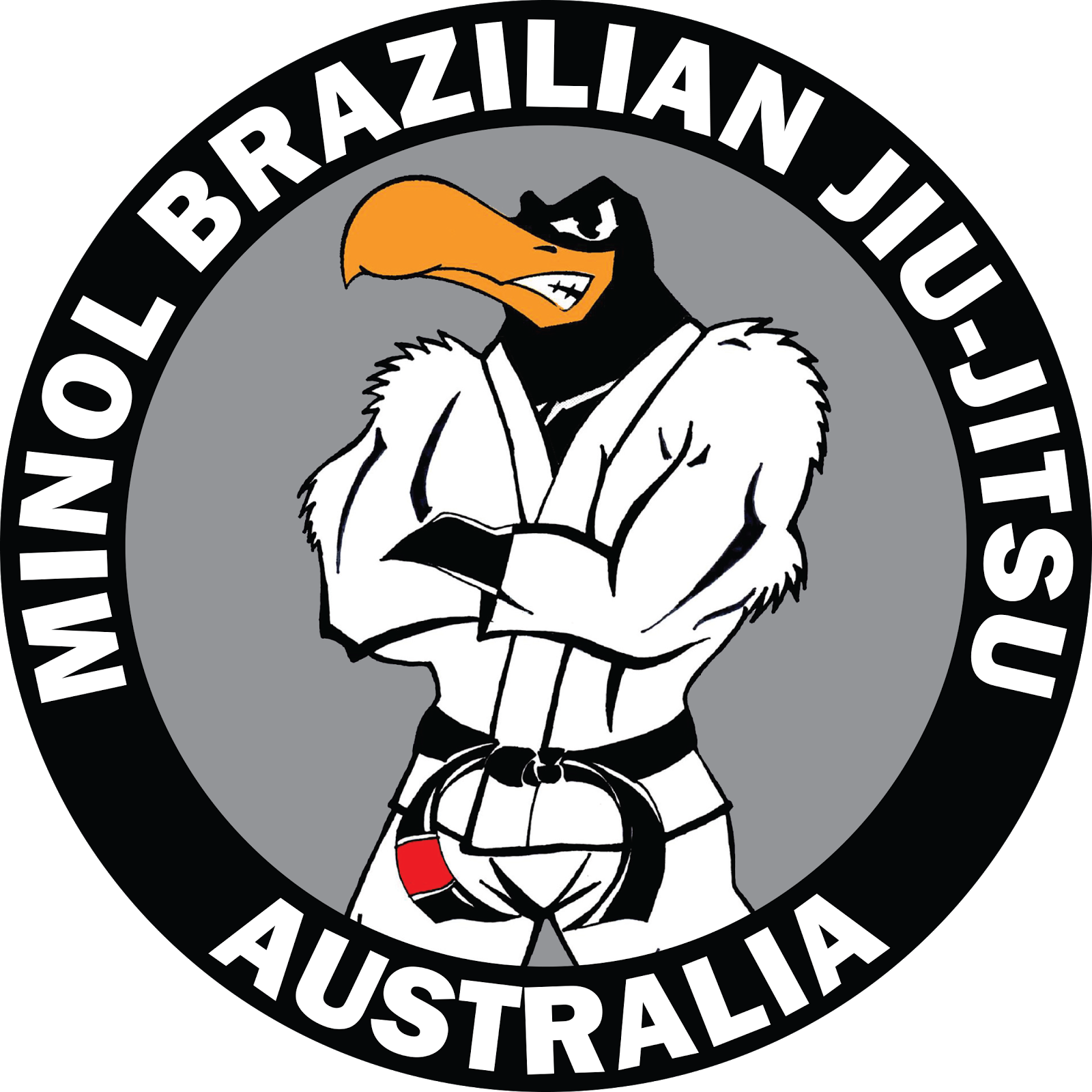 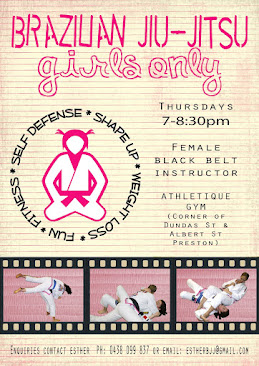